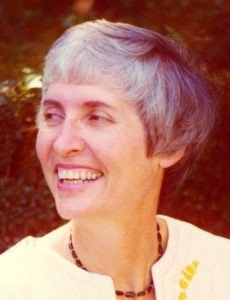 Elizabeth (Liz) Canfield founded the Emergency Project in 1988 in order to help prevent homelessness for low income New Mexicans living with HIV/AIDS. The goal of the project was to provide “last resort” financial assistance to those struggling to make ends meet when unexpected financial setbacks happened. Liz personally managed the program for its first 20 years, then in 2008, Common Bond assumed sponsorship.
Liz Canfield Obituary
Elizabeth Canfield died on June 25, 2017 in Albuquerque, New Mexico, after having been in declining health for some months. Born in Vienna, Austria in 1922 to the composer Ernest Kanitz and pianist Gertrud Reif Kanitz, she and her family emigrated to the U.S. in 1938 after Hitler’s forces invaded their country. She is survived by her daughter Maria D. Canfield and her husband Gary Flores of Albuquerque; daughter-in-law Karen Canfield Meyer; a brother, Thomas Kane and his wife Ann, and sister Mary Lavender; several cousins, nieces, nephews and many devoted friends. Her husband, John Orville Canfield, and son, Paul Gregory Canfield, died in 1977 and 1998 respectively. In keeping with Liz’s belief that everything must be put to good use, she willed her body and organs to the University of New Mexico School of Medicine for student education.
Liz’s earliest years in the U.S. were spent in South Carolina and New York City.  After moving to California, Liz married geophysicist John Canfield who worked for various oil companies. For eight years, they lived in Venezuela and Colombia, where she had her hands full raising a young son and daughter. Life in South America left her a bit stunned because of the way people treated their children. They had them – lots of them – and said that they loved them, but often did not have the means or time to treat them well, she observed.
Liz and her family moved back to Los Angeles in 1957, where she saw the same thing – a proliferation of children who weren’t well cared for in their families. So she became involved, starting as a Spanish-language interpreter at L.A.’s Planned Parenthood office in 1959.  She went on to distributing birth control information, along with a new product, to low-income people living in East Los Angeles, Bell Gardens, Watts, and the farm labor camps in central California. She actively participated in the California abortion law reform movement, volunteered at the L.A. Free Clinic, and with a minister friend created the Clergy Counseling Service for Problem Pregnancies. She also served as a women’s health counselor at the University of Southern California and California State University at Northridge.
Liz inherited from her mother a love and regard for children and their welfare; it led to her great concern for thoughtful, carefully planned parenthood. She created the popular, widely-used brochure “Am I Parent Material?” and was the author of several articles and book chapters in her field. Liz’s honors included the Women in Health Award from America Civil Liberties Union of Southern California and the Margaret Sanger Award from the Institute for Family Research and Education, Syracuse University.
During the 70’s, Liz widened her circle of friends even more. In response to the Briggs Initiative, a California ballot issue that sought to prohibit homosexuals from teaching in public schools, she was one of the founders of Project Straight Talk, a speakers’ bureau of straight professional people. With respect for the diversity among their audiences, they addressed misconceptions, fears and facts about homosexuality.
Liz explained the origin of her accepting attitude this way: “My grandmother used to say, ‘The good Lord has a big zoo. Some of us are striped and some are polka dotted.’ I am for diversity with respect, and you can’t respect something until you understand it.”  Ultimately, the Briggs Initiative was defeated in a state-wide referendum.
Liz had a special affinity for LGBTQ communities, speaking up without fear and contributing time to promote understanding among all people. After her husband died, Liz moved to New Mexico in 1980 to begin a new life. Her reputation followed her. In 1984, with previous colleagues from California, she helped establish Albuquerque Project Straight Talk, a local speakers’ bureau of straight parents to encourage understanding and acceptance of gay and lesbian New Mexicans.
In her early years in Albuquerque, Liz found employment at the University of New Mexico, Lea County Perinatal Program, Lovelace Medical Center, and People Living Through Cancer. She worked part-time with Planned Parenthood for twenty-three years.  She was a board member or volunteer for Albuquerque Chamber Soloists, the New Mexico Association of People Living with AIDS, and the Holocaust Speakers Bureau. Liz was the first straight person on the original board of directors for Common Bond, Albuquerque’s oldest LGBTQ organization, and was also honored as Grand Marshal of the 1996 Albuquerque Pride Parade.
Liz’s longest volunteer activity in Albuquerque was with the New Mexico AIDS Emergency Project. In 1988, three gay friends asked Liz if she would administer a “fund of last resort” for those suffering from AIDS. At that time, an AIDS diagnosis invariably led to premature death. Patients whose savings had been exhausted by the disease could turn to the fund for rent assistance or when the electric, gas or phone company said “pay up or we shut it off.” Liz operated the Emergency Project out of her home for its first 20 years and considered it “her baby.” In 2008 Liz entrusted the Emergency Project to her friend Steve Ridlon, who continues as its Director. The Emergency Project became a program of Common Bond New Mexico Foundation in 2010. Now operating under Common Bond’s nonprofit 501(c)(3), all private donations to the Emergency Project are tax-deductible. And for 29 years, 100% of all donations and grant funds received have been disbursed for people in dire financial need.
Liz will be profoundly missed by all who knew her. In accordance with Liz’s wishes, tax-deductible memorial donations may be sent to: “Emergency Project,” P.O. Box 8313, Albuquerque, NM 87198.